Clancy Warner, born in Orange NSW, Wiradjuri country, and raised on the Hawkesbury River, spent much of her young adult life travelling, which included a 12-year stint in the United States. On her return to Australia and after a 20+ year career in tattooing she enrolled herself in the Adelaide College of the Arts and graduated in 2013 with a BA Visual Arts degree majoring in sculpture. In 2015 she set up her own small bronze foundry and does all her own castings. Her work has been purchased by some of SA’s most prominent collectors, has been installed as public art, and has received numerous awards. Clancy’s work often has political and social justice themes; her sculptures are the representations of what she experiences, sees, and feels of the world. 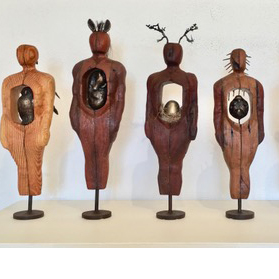 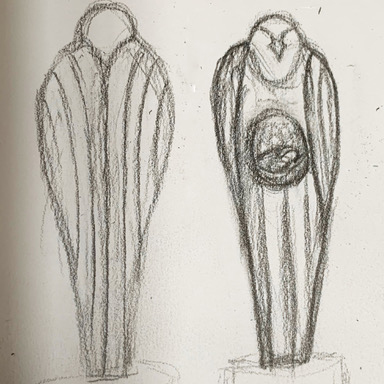